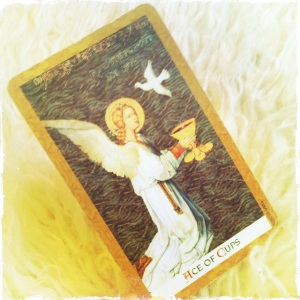 I’m overflowing with emotion today, and I guess it’s appropriate that I pulled the Ace of Cups not once, but twice.  This card is all about blessings and an open heart – an abundance of love and the willingness to receive grace.  It’s a new awareness of these things – being able to see with fresh eyes.  Earlier I was looking through a box of old photos and found some pictures of myself as a child.  It reminded me of the sweet, innocent little person I was then and how those things are still a part of me.  They are a part of all of us – we were all innocent little children once.  The message from spirit is: Listen to your heart and understand that it’s guiding you to love.  Love yourself, love your beauty, your gifts, your innocence, your unique contribution to this world.  From that place of overflowing abundance you can give love by seeing it in everyone you meet.

The other day I stumbled across a poem by Mary Oliver that struck me as so incredibly beautiful that I had to read it over again several times.  I’ll share it here, and I’m wishing you an open heart and an overflowing cup. xo

“At the River Clarion” by Mary Oliver

But I’ll tell you this.

I was sitting in the river named Clarion, on a

and all afternoon I listened to the voices

of the river talking.

Whenever the water struck the stone it had

and the water itself, and even the mosses trailing

And slowly, very slowly, it became clear to me what they were saying.

Said the river: I am part of holiness.

the moss beneath the water.

I’d been to the river before, a few times.

Don’t blame the river that nothing happened quickly.

You don’t hear such voices in an hour or a day.

You don’t hear them at all if selfhood has stuffed your ears.

And it’s difficult to hear anything anyway, through

all the traffic, and ambition.

If God exists he isn’t just butter and good luck.

He’s also the tick that killed my wonderful dog Luke.

Said the river: imagine everything you can imagine, then

would sing to you if it could sing, if

you would pause to hear it.

And how are you so certain anyway that it doesn’t sing?

If God exists he isn’t just churches and mathematics.

He’s the forest, He’s the desert.

He’s the ice caps, that are dying.

He’s the ghetto and the Museum of Fine Arts.

He’s the many desperate hands, cleaning and preparing

He’s every one of us, potentially.

The leaf of grass, the genius, the politician,

And if this is true, isn’t it something very important?

Yes, it could be that I am a tiny piece of God, and

each of you too, or at least

of his intention and his hope.

Which is a delight beyond measure.

I don’t know how you get to suspect such an idea.

I only know that the river kept singing.

It wasn’t a persuasion, it was all the river’s own

which was better by far than a lecture, which was

Of course for each of us, there is the daily life.

Let us live it, gesture by gesture.

When we cut the ripe melon, should we not give it thanks?

And should we not thank the knife also?

We do not live in a simple world.

There was someone I loved who grew old and ill.

One by one I watched the fires go out.

There was nothing I could do

then we give back.

My dog Luke lies in a grave in the forest,

she is given back.

But the river Clarion still flows

from wherever it comes from

to where it has been told to go.

I pray for the desperate earth.

I pray for the desperate world.

I do the little each person can do, it isn’t much.

Along its shores were, may I say, very intense cardinal flowers.

And trees, and birds that have wings to uphold them,

the lucky ones: they have such deep natures,

they are so happily obedient.

While I sit here in a house filled with books,

And still, pressed deep into my mind, the river

keeps coming, touching me, passing by on its 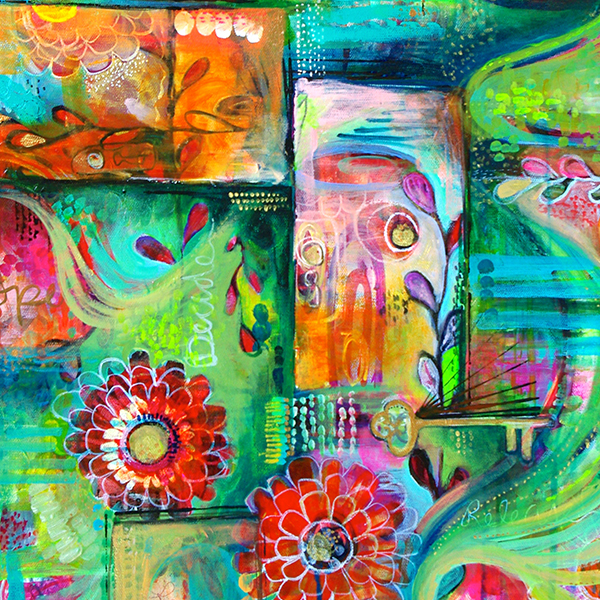 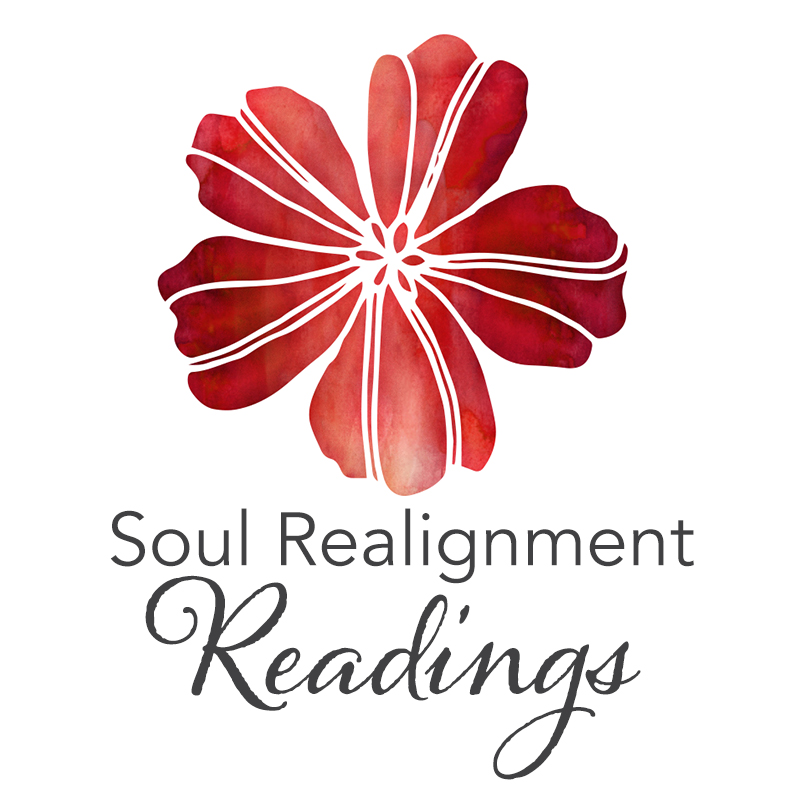 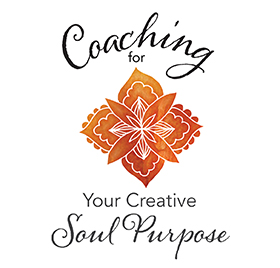 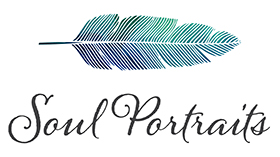